My journey with Windows Subsystem for Linux (WSL) 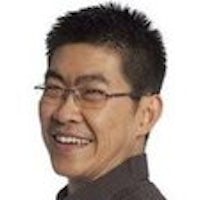 I heard about Windows Subsystem for Linux (WSL), and when I switched to Windows 10, I give WSL for a spin. I am not a full-stack developer and my area is in Data Analytics. This article serve as an introductory to setting up WSL on Windows 10

This are my notes to look back.

I used to install Virtual Machine (VM) to host Docker so I can work on some Data Science tutorial.

My interest with Linux piqued thanks to mucking around with Docker command. I have success with running Ubuntu on Virtual Machine on Windows 8. But not so with dual-booting. Having 2 operating systems on a hard drive is a rabbit hole I regretted going down. (Another blog post on this some other time.)

The whole process from turning on WSL on Windows to installing all the essential Anaconda packages tooks me around 55 minutes. Your mileage might vary.

This is what I learn

I hit the brick wall. One of the issues encountered Connection error while installing vscode with anaconda I sort of side-step this issue as I already installed Visual Studio Code on the Windows side (not in WSL).

I verified this by typing in 'code .' in Windows Subsystem for Linux to launch Visual Code Studio. It shows the current directory in the WSL environment!

Of course, you can edit codes within the WSL environment, but I just find editing code in Command Line (Terminal) pretty restrictive for me. You can quickly editing text in a file without leaving the WSL command line with built-in tools like Vim and Nano

Which Terminal to work on?

The Ubuntu on WSL terminal can be started via:

To use both Windows and Linux on your computer, with a fully integrated file system

IF you have an existing Linux Distribution under WSL1, here the code to remove it